There are days where we want a hearty meal, but don’t want it to be carb heavy. A healthy alternative is to stuff vegetables and trust me, it will fill you up a lot more than you think!

I had all these bell peppers in my refrigerator and decided to stuff them with quinoa rather than rice, which is what we traditionally do. Quinoa is such a great healthy option; it’s not a grain, but fills you up as if it were. It is also packed with protein, fibre, iron, and so much more. I had made one whole bell pepper for each person, cut in half and let me tell you, we barely made it through the first half! The good thing about that is that we had delicious leftovers for the next day.

What’s easy about this recipe is most of it can be prepared in advance and all you have to do is stuff the peppers and pop them in the oven. What is important are the flavours and ingredients you choose to help make it a flavourful dish.

When I am using quinoa in a specialty dish (pretty much when I am not using it for myself for a quick meal), I like to cook it in a broth adding a lot more flavour to the quinoa. It makes such a difference! 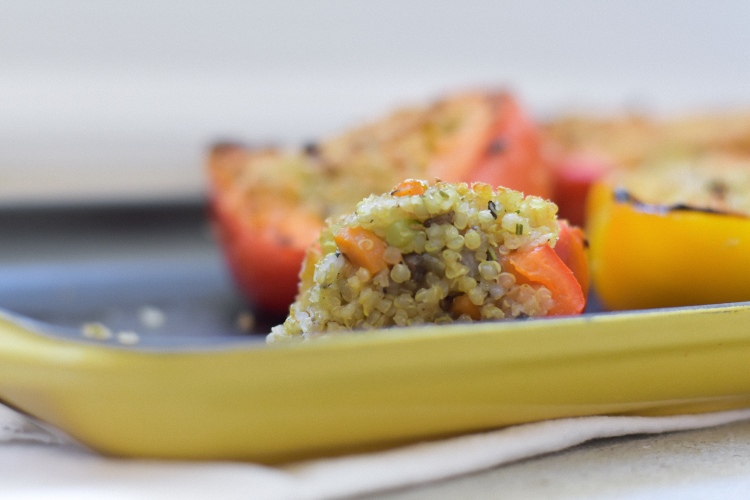